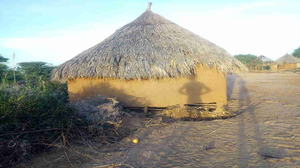 Older women and men in Turkana and Busia of Kenya once again have become victims of flooding that is ravaging most of the Eastern Africa countries.

The homes and livelihoods of vulnerable older women have badly been hit with what is becoming a humanitarian disaster of unimaginable proportions at a time when the country is also battling the COVID-19.

Both the central Government and the respective county governments have since revealed that 120,000 people have been affected by the floods and landslides; over 10,000 are displaced from their homes and unconfirmed numbers killed.

Homes, schools, infrastructure like roads and bridges and health facilities have been severely damaged which disrupted access to critical services.

“Older women and men cannot be accessed and it has taken military have been mobilised to the rescue,” said Mercy Sambiro, programme officer at the HEFEI.

She added that there is urgent need to mobilise funds to support these older women with both food and non-food items now.

In addition, thinking post-flood era, Ms Sambiro said funds would also be needed to support families reconstruct their homes that have been brought down by the floods.

Ms Sambiro added that families in these areas normally construct their homes using mud walls and although it is early to ascertain numbers, the rising levels of water levels would most certainly overwhelm the poorly constructed homes.

“We need to mobilise funds to help vulnerable older women and men buy nails, and poles to help them reconstruct their homes once floods subside,” she said.

Meanwhile, Ugandan authorities report that Lake Victoria water level is only 0.08 meters away from the highest level ever recorded in May, 1964.

The water levels in Lake Victoria and other water bodies including rivers that traverse these lake basin regions of Busia, Turkana and the surrounding areas have risen due to Intensive and prolonged rainfall in the East African basin.

According to the Minister of Water and Environment, , the rise in water level has gone up from 12.00 meters to the current level of 13.32 meters as of 30th April 2020, and there are fears that the water could rise to 13.41, the highest ever recorded.